There is a certain snobby aura that has shrouded craft beer in recent times. It was not much in evidence in the early days. I believe it descended around the time beer turned into a cultural phenomenon, as opposed to something people simply consumed for enjoyment or as part of some activity. The exact timing is, as they say, a little sketchy. 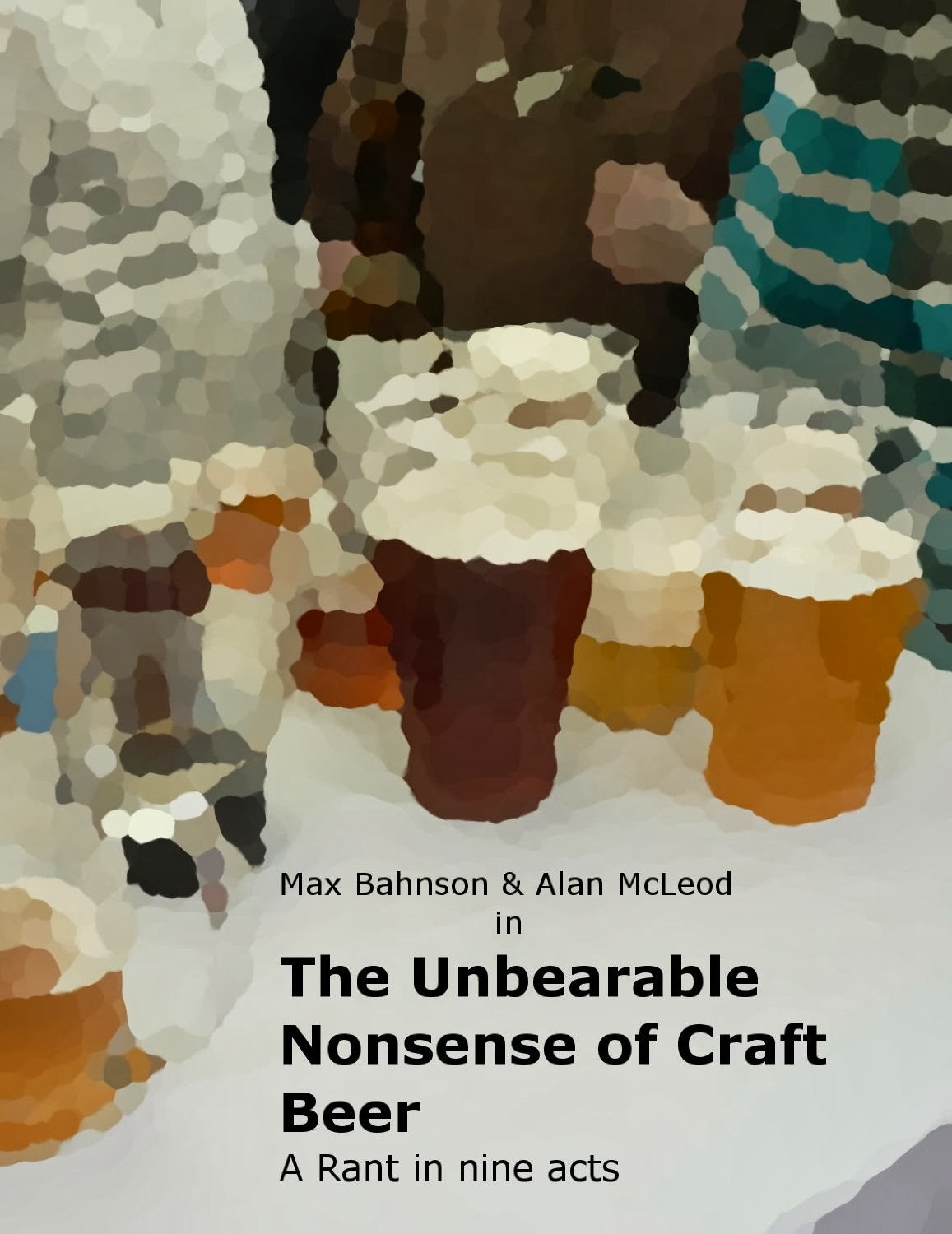 It's true, you know. Once upon a time people mostly drank beer just for fun. There's still some of that today, but beer has moved on to the point where it is now a self-fulfilling, self-contained activity. People drink beer to drink beer. And an entire industry has grown up around that basic ideal.

Where it gets a little messy (and snobby) is in the blind assumptions a lot of us tend to make about craft beer. We may well have reached the point where we take beer too seriously. Could it be possible?

For anyone looking for consider the possibility that we've gone too far, a good place to start is the recent book: The Unbearable Nonsense of Craft Beer: A Rant in Nine Acts. Fair warning: You may not want to read this book if you think craft beer is a panacea. It beats up many common notions.

Unbearable Nonsense is the mind-meld of Max Bahnson (author of the blog, Pivni Filosef-Beer Philosopher) and Alan McLeod (author of A Good Beer Blog). The book appeared in digital form about a month ago and was subsequently released in paperback. You can find it on Amazon and (I assume) other online outlets. I doubt you'll find it at Powell's or at the library. Maybe someday.

This book is exactly what it says it is: a rant. The authors wind their way through a series of sometimes wacky settings (time and space are manipulated with impunity) while taking shots at many of the assumptions craft beer fans hold near and dear to their hearts. I'll get to some of those shots momentarily.

First, the bad news. These gents evidently did not feel the need to proof or edit what they wrote...or have someone do a cursory copy edit. This book, and I'm referring to the digital version because that's the one I read, needed an editor. Badly. It is riddled with typos and related errors. That's unfortunate. The book should not have been released like this. Oh well.

A few juicy tidbits from the book follow...remember, these guys hammer away at some of the most closely-held assumptions in craft beer. Nothing is sacred.

On style...Some time after [Michael] Jackson came out with the concept of styles as we understand them today, the creature started to grow uncontrollably. An [sic] dumb beast fed by many different hands but mastered by none.

On beer tasting...You haven't truly appreciated a beer until someone tells you how beer is made, what's the right temperature to drink it and the right sort of glass to drink it. If you believe that, you have been living a lie. Arseholes! They are just profiteering on the assumed ignorance and lack of confidence of the average person.

On specialty beers...People believe that big, loud beers are technically more difficult to make. And I'm not speaking about people with no technical knowledge. I have argued about it with advanced homebrewers. The commercial brewer, as natural, is happy to keep that illusion going.

On pricing...What the discourse is telling us is that those extreme, experimental, weird, gimmicky beers are riskier, require more skill to make, which justifies the higher prices you will likely have to pay for them.

On historic brewing...There is an almost retarded romanticization of pre-industrial beermaking. That not only is brainless but also loaded with hypocrisy...We've somehow been led to believe that industrial is bad. That beers in the past were purer, more honest, made with love and care. When the truth is...that more often than not, they were rubbish. 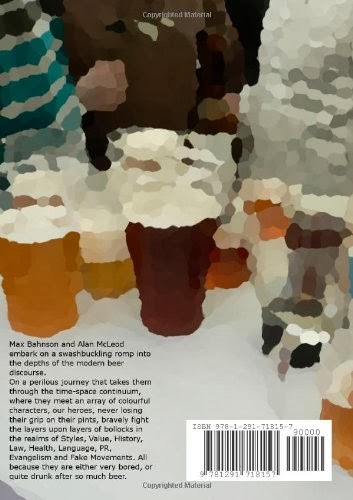 On profit...We must be more responsible as consumers, more cynical towards [sic] the people who want our money. The more we see though their bollocks and call them out for over pricing, over complicating and over branding, the more seriously they will have to take us and treat us with respect.

On blogging and social media...And it didn't occur to you for a split of an effing second that [breweries] might be saying all that bollocks so you would identify with their brand, provide free labour and spread your mindless word of mouth through social media buzz? Could it be that hop bombs impair people's capacity for rational and healthy cynical thinking?

On beer...there are still way too many people taking beer too seriously. It's as if some of them have forgotten that drinking beer is supposed to be fun and not a matter of study and careful preparation - and one upsmanship.

On glassware...You know what the best glass for drinking a beer, any beer, is? The cleanest one you have nearby.

Max and Alan could have gone a better job of making their story palatable. It's quite funny in places, but the authors sometimes get bogged down in details that are peripheral to their narrative. A good editor likely would have cut this thing down and tightened it up. Of course, there was no editor. A shame.

Regardless of those issues, this is a book beer fans should read. It pulls no punches. Hardcore craft beer fans will probably be offended by a lot of what's here. Maybe that's a good thing. No, it's definitely a good thing. There's a gigantic bubble of snobby foam around craft beer that needs to be poked.
Pete Dunlop at February 18, 2014
Share