No, Craft Beer's Sky is Not Falling

Is craft beer in a funk? It is if you believe the reports that have been surfacing in 2016. The first reports came in industry publications, which spoke of slowing growth early on. More recently, the mainstream media has picked up the story. 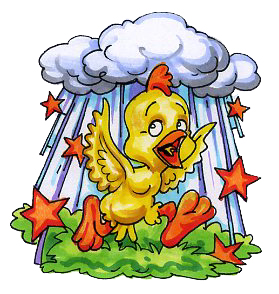 The world has far more serious problems, but humor me for a few minutes. What's happening is that craft beer's robust growth seems to be slowing. Dollar volume growth that averaged nearly 20 percent over the last two years has slipped to something like 6 percent for 2016.

"Of course I’m troubled by it," one of my industry friends said of the numbers. "If our market has matured, it’s going to be increasingly difficult to grow. We think there's still plenty of untapped market out there, but it won't be as much of a slam dunk as it has been in recent times."

It's important to understand these slowdown numbers are coming from IRI data, which track scans mostly in chain grocery and convenience stores. Those numbers show significant declines for 15 of the top 30 craft brands in 2016. Six of the top 15 are seeing double-digit declines. Shocking, eh?

Another part of the emerging puzzle is that we now have more than 4,300 craft breweries in the United States. And there are more opening virtually every day. This certainly plays into the notion that craft beer has reached a sort of saturation point.

Other factors could be connected to what appears to be happening. Rising prices could contribute to declining demand. And they are rising. Promiscuous millennials, who will drink almost anything, may be shifting their attention to flavored hard sodas, a segment showing big growth.

As well, it may simply be the case that the craft beer industry has reached the size where 15-20 percent growth isn't sustainable any longer. That's what Bart Watson, chief economist for the Brewers Association, said during the recent Craft Brewers Conference in Philly. Even the reduced growth numbers, he correctly says, would be well-received in many industries.

I've said for a long time that craft beer will eventually hit a saturation point. The rapidly expanding brewery count means we will someday reach the point where there is a glut and not enough people to drink it all. But I do not think we've reached that point.

What's likely happening is that the growing number of breweries means beer fans no longer have to depend on the major brands sold in stores. Instead, they can buy local beer directly from a brewery, bottleshop, beer bar, growler fill station, etc. The market is moving rapidly away from national brands and chain stores. Not a bad thing.

Part of bringing craft beer's picture back into focus is changing the way the market data is collected. Bart Watson has alluded to that reality several times. IRI is great at what it does. But it is blind to things sold in the places where craft beer is almost certainly seeing its strongest growth.

So, yeah, the market is changing, evolving. The idea of local beer is something a lot of places had never experienced until recently. And it's being embraced. Which means we'll have to change how we evaluate industry trends if we want to know what's actually happening on the ground.