For a while now, I've wondered about the future of the Craft Brew Alliance. There are a number of reasons, which I'll get to. My working assumption for a year or two is that they would sell, mostly likely to Anheuser-Busch. Recent developments suggest a deal may be imminent, although maybe not the deal I envisioned. 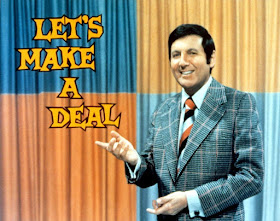 Let me back up for just a moment. The principal players in the CBA, you will recall, are Widmer, Redhook and Kona. No need to review the history of the organization here. But do keep in mind that Anheuser-Busch owns roughly a third interest in the CBA. That's been the case for a number of years.

Over the course of the last few of weeks, CBA stock gained 36 percent. It jumped 8.1 percent this past Tuesday. Why the increase? Some think it's linked to the announcement of an updated severance policy for executives in the event company ownership changes.

The new policy, unveiled on May 24, calls for executives to receive 18 months of their base salary, plus their annual target bonus and health benefits, if the company is acquired and they're out of a job. Execs who leave prior to a takeover would receive less favorable severance.

Some will say it's just a coincidence, that the severance policy has nothing to do with anything. But one of the things you don't want when positioning yourself for a sale is the appearance of instability. You cannot have executives jumping ship. So you make it worth their while to stick around.

By the way, CBA stock isn't going up specifically due of the severance plan. That's not how these things work. What's happening is investors have sniffed out the fact that the CBA is likely to be sold and there's an opportunity to make some money, one way or another.

Inquiring minds may fairly wonder why the CBA might want to sell. Several reasons:

Struggling Brands
In case you aren't aware, the growth of craft is slowing nationally. That's having a particularly dramatic affect on older, established brands. They face steep challenges staying relevant in a sea of newcomers. Widmer and Redhook are perfect examples of that theme. In certain quarters, there's a perception that both brands, among hundreds of others, are tired and past their prime.

Distribution
Anheuser-Busch's incentive programs, which have been widely reported in a variety of places, work against the interests of the CBA, despite the partial ownership arrangement. That's because distributors are incentivized to sell AB-owned brands. Since the CBA isn't fully owned, its beers don't get the attention that AB's High End brands get. It's a pickle for the CBA, which has derived significant benefits through its relationship with Anheuser-Busch dating to 1997.

Consolidation
Some in the industry believe the key to surviving in an increasingly crowded, competitive and complex marketplace is to partner with big beer. Breweries that do so give up, at a minimum, the perception of autonomy. What they get in return is the security of a partner with deep pockets, a massive supply chain and an extensive distribution network.

Value
Despite its declining brands, the CBA possesses a gem in Kona, which has built a strong national following mostly because it's marketed like Corona. People somehow visualize the beach when drinking Kona. It hardly matters that Kona consumed on the mainland is also brewed here, not in Hawaii. Anyway, Kona is a big fat target for the likes of AB, which desperately wants to take a bite out of Corona/Constellation.

Kurt
It's hard to know how much influence Kurt Widmer had at the CBA in recent years. He was definitely the visionary behind the origins of Widmer Brewing. Did his retirement at the end of last year open the door to acquisition? There's no way to know and no one talking. My guess is he retained a fair amount of power over the direction of things until he retired. Not so much now.

Returning to my original assumption, I now believe they will likely do one of two things: Either they will sell to Anheuser-Busch or they will somehow buy their independence and focus on rebuilding their brands via new partnerships. Continuing along as they have been is problematic, given what's happening in the industry and what their friends in St Louis are up to with acquisitions and incentives.

It turns out there's another possibility I hadn't considered until an industry friend mentioned it. In that scenario, only Kona would be sold to Anheuser-Busch. That makes some sense. Kona, as noted, is the crown jewel the CBA portfolio. Its seismic growth potential makes it a high value asset and provides plenty of incentive to any potential suitor.

One of the things AB would likely do with Kona is open Hawaiian-themed, Kona brewpubs around the country. We've seen a tiny bit of that with 10 Barrel (pubs in several cities), but Kona is an emerging national brand oozing with pub and shelf appeal. None of the other CBA brands are in the same league and, honestly, there's nothing with the upside of Kona out there.

What would happen to the remaining CBA brands? Here's where it gets crazy. In the scenario described to me, those brands would be sold to Pabst. Interesting. Pabst, you may recall, is currently leasing (with an option to buy) the antiquated CBA brewery in Woodinville, Wash. Could a deal like this happen? It sounds pretty far-fetched, but stranger things have happened.

If you're wondering about a timeline, time is of the essence. The slowdown in overall craft has the industry on edge. There will undoubtedly be deals this year. The various pressures and incentives suggest the CBA is ripe to be part of that. But we shall see.